Saffron Cordery is the deputy chief executive of NHS Providers, the membership organisation for NHS hospitals, mental health, community and ambulance services. These guys really do know what they’re talking about.

According to Cordery, writing in The Independent just after the general election, Boris’ government, for all its fine words is setting the NHS and Social care up to fail, not least in respect of older people.

Not that this comes as any great surprise to those of us who’ve been watching developments since 2010. The Tories, with the help of their LibDem enablers, have been stitching up our NHS, ready to sell it off to the highest bidder for years.

“Although quality of care once you’re in the system has held up remarkably well, timely access to treatment in the NHS has been slipping for years, despite frontline staff working harder than ever – so hard, in fact, that they’re in danger of burning out. Demand has been steadily outstripping supply; gaps in the workforce have widened substantially; our assets have deteriorated; and financial investment has been lower in the past decade than at any point in the NHS’s 70-year history.”
For all his fine words, Mr. Johnson is well aware that his promise of funding falls way short of the amount currently provided to our country’s flagship health service. Even if he restored funding to previous levels the backlog of neglect and decay, of equipment and buildings upgrades would mean a significant cut in comparative terms.

Last July Boris promised the nation that he had “a clear plan we have prepared to give every older person the dignity they deserve“. 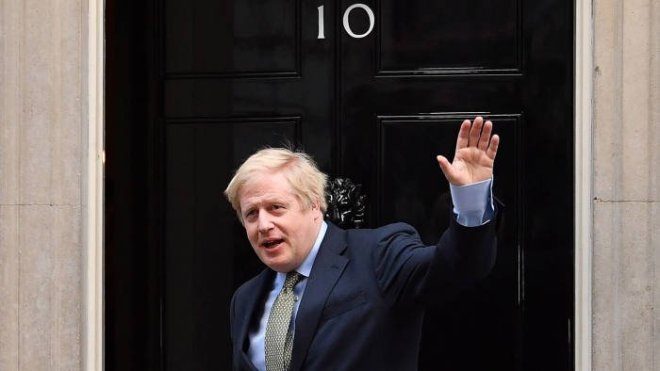 “clear plan we have prepared to give every older person the dignity and security they deserve”.

The tories may be promising money but they’re hardly making much of an effort.

Of course, they can’t make too big an effort because the money’s already earmarked for tax cuts and perks for big corporations. Which is why the health, mental health and social care sectors are to be left to pick up the slack.

If you thought the last 10 years were bad, just watch this space. There’s far worse to come.