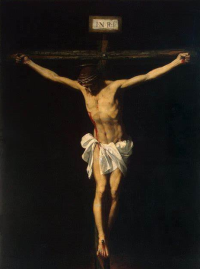 The Nazarene (0-33) seems to have been an extreme lefty by today’s measures. He preached against greed (many of his followers conveniently ignore that bit) and recommended compassion instead. He even got a bit ‘fighty’ with the capitalist pigs in the Temple grounds.

Like other socialists, he was especially unhappy with the usurers (like modern day bankers) whom he described as ‘thieves’. These were the money changers, the guys who took normal money in exchange for unsullied ‘Temple coin’ that could be used to purchase sacrificial lambs at Passover. The money-changers charged exorbitant rates – a bit like Wonga (which is linked to the Tory party, by the way) and so profited from the obligatory observance of the faithful. Jesus seems to have had a point there.

Jesus apparently hated inequality. He was the guy who said that it is easier for a camel to pass through the eye of a needle than for a rich man to enter the Kingdom of Heaven. He lived among the poor, helped the sick and the disabled and eschewed the tables of the wealthy whose oppressive ways simply maintained the suffering of their fellows.

Like many others before and since from Confucius, the Buddha and Lao Tzu to a host of Gurus and philosophers he recommended living by the Golden rule – Do unto others as you would have them do unto you.

That’s why he fed those who were hungry and advocated help for the sick and those without shelter, the direct opposite of this present government’s actions. The tories have spent the last 10 years increasing homelessness, forcing people to use foodbanks to survive and denying sick and disabled people the resources they need. They’re even starving the NHS of funding in preparation for selling it off to private enterprise as a way of increasing personal profit through the suffering of others.

It’s amazing how many Tories profess to be Christians and yet ignore almost everything their Messiah said.

As Archbishop Desmond Tutu once remarked…

“I am confused as to which Bible people are reading when they suggest that religion and politics don’t mix!”

To those non-religious Tories and others and others who either support oppressive Tory ideology or stand idly by and look the other way, the good Archbishop had this to say…

“When the Elephant stands on the mouse’s tail, the mouse will not appreciate your neutrality”

2 replies on “A little history: Jesus of Nazareth”

Great to see you tackling Biblical/Theological themes, Stuart. At this rate, I’ll have you guest posting on the Ezra File.
FWIW. I’m not sure Jesus’ teaching can be neatly fitted into any party political manifesto. I thin Jesus both inspires and challenges Left and Right on the political spectrum
I would characterise In contemporary terms as morally conservative (note please the small ‘c’) and socially radical … discuss. 😎

Hi John,
I don’t think you’d like it if I did an Extra file, LOL. I think socially radical, certainly. Not sure it’s morally conservative (given contemporary society in 1st century Judea) to consort with prostitutes, forgive sinners, criticise Pharisees and Sanhedrin and eat without ritually washing first, not to mention gathering food on the Shabbat.
Either way though, I can’t imagine that the Jesus depicted in any of the 4 gospels would approve of this government and the enforced destitution of so many British citizens, can you?