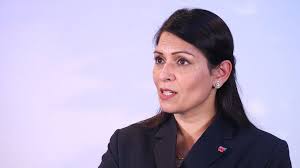 Now all of these rights are at risk – which of them do you want to lose? Which do you want other people to lose?

Would you like suspected foreign criminals to be deported without conviction in court?

Would you like to go to prison for crimes you were merely suspected of without being found guilty?

If your answers to those questions are different you’re falling for the propaganda.

Home secretary Priti Patel even stands by a system of immigration that would have excluded her own parents who were kicked out of Uganda during Idi Amin’s purges and fled here for their own safety.

Those granted leave to remain will be forced to do so under new regulations effectively making them second class citizens in the land they have always called home. Swap the word Jew for Muslim and it’s a move that could have been taken straight from Adolf Hitler’s 25 point plan.