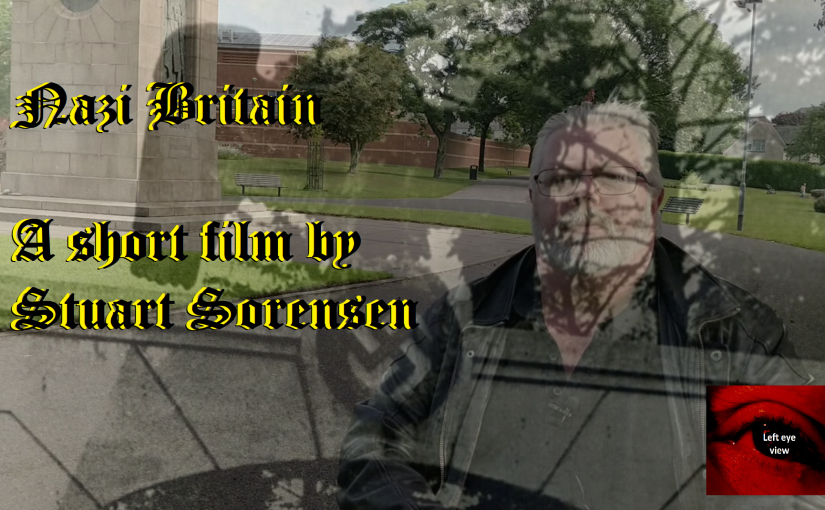 How did Adolf Hitler and his small band of National Socialists manage to take a sophisticated, developed and educated nation and turn it into a fascist state ready to march roughshod over the rights, the lives and even the existence of others?

This short film aims to answer that question, not only from a historical perspective but from a current affairs point of view too.

For over a decade now I’ve been speaking to anyone who’s prepared to listen about the path we’re on in modern UK – and not just here – across the developed world.

This isn’t about Godwin’s law, the internet trope that claims every disagreement ends with the loser accusing everyone else of Nazism. There are Nazis in UK but they’re pretty few and far between.

This is about the way that ordinary people, people who are far from Nazi are being duped by cynical provocateurs, rabble rousers and even politicians into accepting Nazi principles without even realising it.

It’s an expose – not an accusation. It’s a heartfelt plea to the millions of decent people in my beloved United Kingdom to stop for a moment, to take stock and to see where we’re headed. 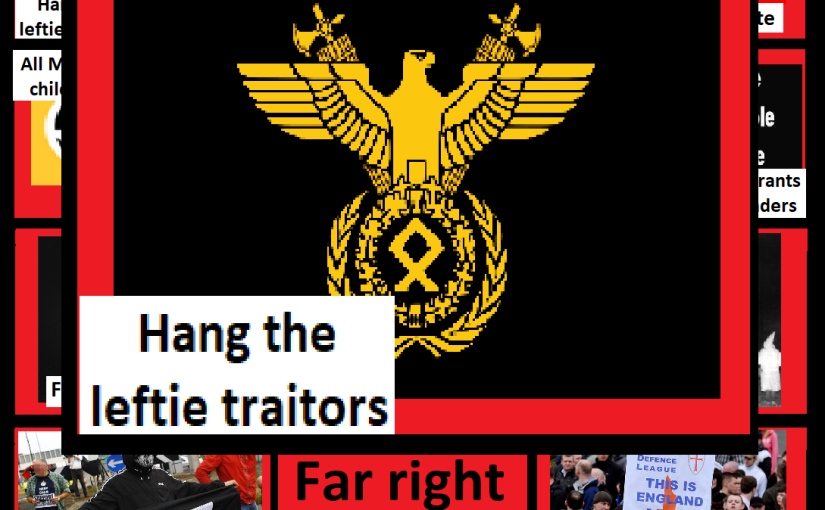 This one is just priceless, coming as it does from the fash who also claim to be the guardians of freedom of speech!

Of course, we all know that of the two principles, freedom of speech and hanging political opponents it’s the latter that they really mean. But once again, they just haven’t thought it through.

If you believe in freedom of speech then you believe that the state should not intervene to limit or control peoples’ free expression of their beliefs. Since treason is a criminal act (an offence against the state) it would be up to the state to deal with traitors. That means criminalising speech.

Does that mean anyone advocating for a non-fascist political stance is a traitor deserving of death?

Are they so afraid of opposing viewpoints that they want to make the entire country a safe space where they will never be challenged?

Of course this attempt to exterminate all those who disagreed with him is exactly what Hitler did. No, that’s not Godwin’s law – it’s genuinely, factually true. And how did that work out?

The best nuclear physicists went to work for the Americans.

The most efficient organisers, those with experience of running large municipal organisations along equitable lines were sent to concentration camps or murdered.

Many of their soldiers were taken up guarding many of their other potential soldiers (the German army contained many Jews and trade unionist socialists during world war 1).

The policy of excluding all this potential meant that the likes of Goerring ended up running the Luftwaffe leading to the loss of the Battle of Britain and ultimately the war. Had Britain fallen D-Day could never have happened and Europe would not have been liberated. It’s exactly what happened to the French military after the revolution. Military officers were usually aristocrats at that time and so, like all ‘aristos’, they were either executed or demoted leaving thoroughly inexperienced, newly promoted officers in their place. Naval battles like Trafalgar or the Battle of the Nile show just what an experienced officer like Nelson can achieve against such a force. Montgomery wouldn’t have stood a chance against the Desert Fox in North Africa and Normandy almost certainly wouldn’t have fallen to the Allies in 1944 had Rommell had sufficient quality officers supporting him in Libya and in Normandy. And let’s not even begin discussing the Manhattan project’s likely impact had the Allies deemed it necessary to use their new weapon on German cities the way they did in Japan.

When modern British fash advocate the death of all their political opponents they also advocate the removal of a wealth of talented people. In short they’re making the same mistake as Hitler and Robespierre. Were they ever to gain power in this country and carry out their ridiculous threat their own downfall would also be assured. They’re making enemies out of potential friends and all because of a flawed ideology that assumes some people are inherently better than others. It’s ludicrous!

But they don’t understand that either. Why not tell them? On December 23rd I posted a little article pointing out that we still hadn’t seen the promised report on Russian interference in British politics and Conservative party funding. There have been some very serious allegations made, not least about the tory party’s electoral strategy and elements of political espionage and misinformation. So you’d imagine that Boris would be keen to publish the report as he promised.

One commenter on the blog pointed out that Boris couldn’t now publish until after January when a new defence committee would be formed. OK then, thought I – we’ll see it by February.

Well… it’s over a week now since the end of January and still no sign of the document that presumably would clear the conservative party of any wrongdoing. A fact which makes me wonder… what has Boris got to hide?

Is this 2002 all over again? Surely not. As every Tory voter knows, we couldn’t possibly afford to go to war with Iran! 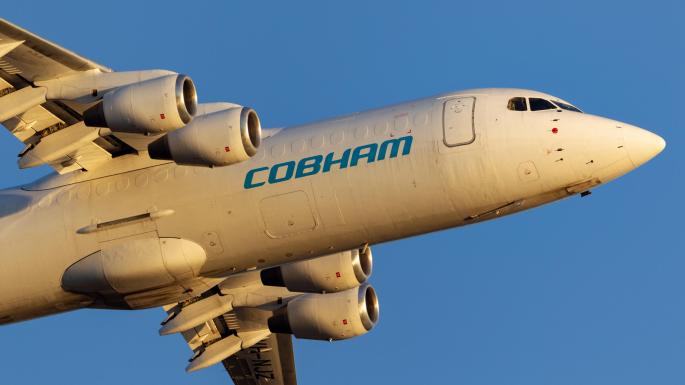 So parliament is back after the general election. That was an exercise in national decision-making that is yet to be judged by history but the early signs aren’t good. 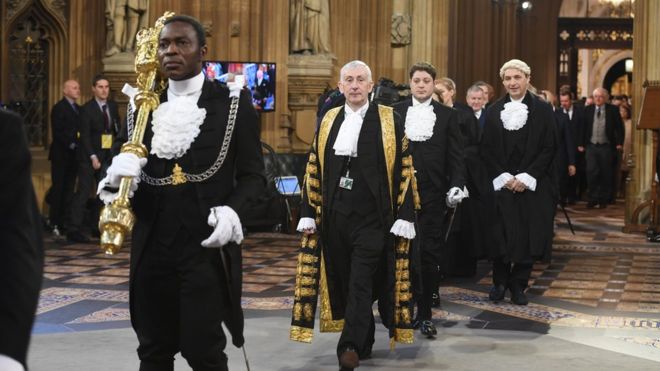 Many people, especially in the ‘red wall’ constituencies of the Labour heartlands voted conservative with such fervour and passion that you’d think hen’s teeth were going out of fashion. Instead, the once rarer than rocking horse excrement tory MPs in towns like Workington in Cumbria have become ‘common as muck’ in Boris’ brave new world of national asset stripping.

First off the blocks in this collective race to the bottom was Andrea Leadsom, one time candidate to lead the party herself but now content to do her master’s bidding and sign off on one of the biggest defence betrayals since William Joyce defected to the Nazis in 1940 and ran a wartime propaganda radio show to undermine British resilience.

Not quite so accomplished a radio presenter, Leadsom had to content herself with what she is good at – selling people out for profit. And just who are the patsies in this little deal? Whose security has just been compromised in the name of profiteering foreign nationals? Well, ours of course – including every single one of those ‘red wall’ voters who lent the tories their vote this December.

Cobham is a British firm, responsible for much of the defence infrastructure our country relies upon for national security since before WW2. Winston Churchill relied upon Cobham to keep Spitfires flying during the Battle of Britain – and they did! American private equity firm, Advent just took over. But here’s the kicker…

The takeover was agreed by Shareholders in the middle of 2019 but not agreed by the  government until after the general election. Now then, why do you imagine that was? Cynics might suggest that the deal was allowed as part of a more general, post trade trade agreement with the USA. Realists might suppose that to tell the public about it before the votes were cast might have left the tories with a few hard questions to answer about the defence of the realm and our newly subservient relationship with our American financial overlords.

According to Simon Murphy’s article in The Guardian…

Lady Nadine Cobham, the daughter-in-law of the company’s founder Sir Alan Cobham, said: “This is a deeply disappointing announcement and one cynically timed to avoid scrutiny on the weekend before Christmas.

“In one of its first major economic decisions, the government is not taking back control so much as handing it away.

“In Cobham we stand to lose yet another great British defence manufacturer to foreign ownership, through a takeover that would never have been approved by the Americans, French or Japanese, all of whom have taken steps recently to raise protections for their own defence sectors.”

In what may well prove to be one of the year’s most prophetic questions Ed Davey, acting Lib Dem leader asked in the same article…

“If Boris Johnson’s government are happy to sell off a leading UK defence and aerospace company to Trump’s America, how can we expect his government to protect our defence and manufacturing sectors, not to mention every other sector of our economy, as they negotiate trade deals after Brexit?”