Is it fair to compare modern anti-Muslim propagandists to Hitler’s arch rabble-rouser and Jew-baiter?

Julius Streicher was a Nazi party member from the beginning in post WW1 Germany. He was also the editor of Der Sturmer, an anti-semitic propaganda tabloid and a Gaoliter (a regional official) once Hitler came to power. Hated for his vindictiveness and uncouth manner even by his fellow Nazis, Streicher dedicated his publication to disseminating libellous slurs towards Jews, trade unionists, socialists and all who opposed Nazi ideology.

He incited hatred and violence and was instrumental in fuelling the intense prejudice against innocent Germans that contributed to the horrors of Kristalnacht and the atrocities of the holocaust. Streicher was hanged at Nuremberg for his crimes against humanity in 1946.

Katie Hopkins is renowned for using her social media presence, her newspaper column and her radio and television appearances to spread lies, hatred, exaggeration and generalisations in an effort to whip up hatred against Muslims and immigrants just as Streicher did against the Jews. Across the Atlantic, Steve Bannon used these same techniques and prejudices so effectively he used the alt-right Breitbart online media machine to get a 70 year old vindictive, narcissistic, overgrown child elected into the Whitehouse.

Just as Streicher used the media of his day to commit and incite crimes against humanity so Hopkins and Bannon do the same with the media opportunities of today. Less prolifically but equally dangerous are the likes of Boris Johnson who cynically jumps on the discriminatory bandwagon because he thinks it will get him a few votes. British newspapers have jumped on the same bandwagon, routinely publishing headlines and articles that would have been unthinkable in this country just a few years ago.

The similarities between Streicher’s Der Sturmer and some of our domestic tabloids are both striking and terrifying. Is it any wonder then that hatred against foreigners and Muslims is rising across the West? Hate crimes are still rising here in UK, proving that the idea of a ‘post-referendum’ spike was false. There is a sustained hostility toward immigrants and Muslims nurtured by regular additions of anti-Islamic, and xenophobic slanders from these modern day Streichers.

I wonder how much more Western societies can take before we have to start prosecuting them for incitement to violence. Freedom of speech is one thing but deceptive incitement to commit violence has never been protected by free speech in any modern civilisation, not even America, a nation that probably enjoys the laxest free speech laws of all.

I say we need to stop winking at these hate-mongers and start prosecuting them. After all, it’s not as though we don’t know where this sort of publicised hatred leads, is it? 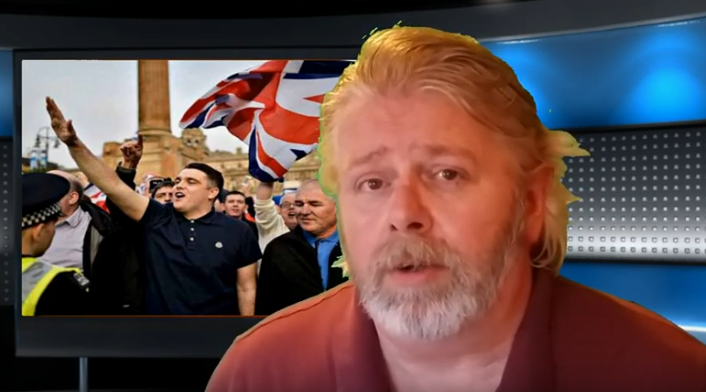 I worry that the Gammon, the sweaty, self-satisfied, self-important but ultimately ignorant footsoldiers of this nationalistic rise, themselves working class Britons, are blissfully unaware of the wholesale oppression that their violence could bring about – not only upon those whom they mistakenly think of as ‘the enemy’ but upon themselves and their families.

The current nationalistic, racist fervour is the thin end of a very large wedge. It’s a slippery slope that threatens to devour working people of all colours, creeds and backgrounds. Even the gammon – although maybe, just maybe they actually deserve it.

I worry that our working class youth is being hijacked into supporting the very same people who kept their ancestors downtrodden in the past. The divisions being created by right wing opportunists, aided and abetted (however unintentionally) by the alienated, the downtrodden and the disenchanted threaten us all.

There’s a warning to heed