The trouble with stereotypes is that they’re far too easy!

Yesterday morning a London-based reporter popped up on my local politics Facebook page. I’m a Workington man, born and bred and although I’ve lived and worked in various parts of UK I’m home now and very definitely still a Workington man. So I was a bit surprised to read what he had to say.

This young bloke who presumably hasn’t ever set foot in West Cumbria was looking for a dinosaur from the 1970s, a stereotypical middle aged, white, beer-drinking, rugby league supporting, slightly dim-witted and extremely uninformed, male voter to tell him why he hated Jeremy Corbyn. And, of course – if you look hard enough you find what you’re looking for.

And where might you find such a relic, a blast from the disreputable past? Look no further than Wetherspoons where one Mr. Pennington, retired manager of Workington Job Centre and alleged former labour voter (if you can believe that) holds his court.

So… as one Workington man to another, here’s my response to the good Mr. Pennington. I hope he’s listening.

Oh dear Bill. Boris would see the economy crashed just to appease his backers who are actually gambling on UK’s economy failing. That’s why they and Boris want us out at any price to the people.

This tory stereotype really does appear to be what they think of people in the North. They see us as uneducated, outdated, sexist bigots (there’s no Workington woman caricature, after all).

Personally I think the Workington man stereotype sums up the tory attitude to we Northerners very well. Not only do they think we’re stupid but their economic decisions over the last 9 years have shown that they think us undeserving too.

Let’s boot the patronising bastards out of power and enjoy a proper, traditional, Northern Christmas with a labour government at the helm to bring a healthy, happy and prosperous New Year. 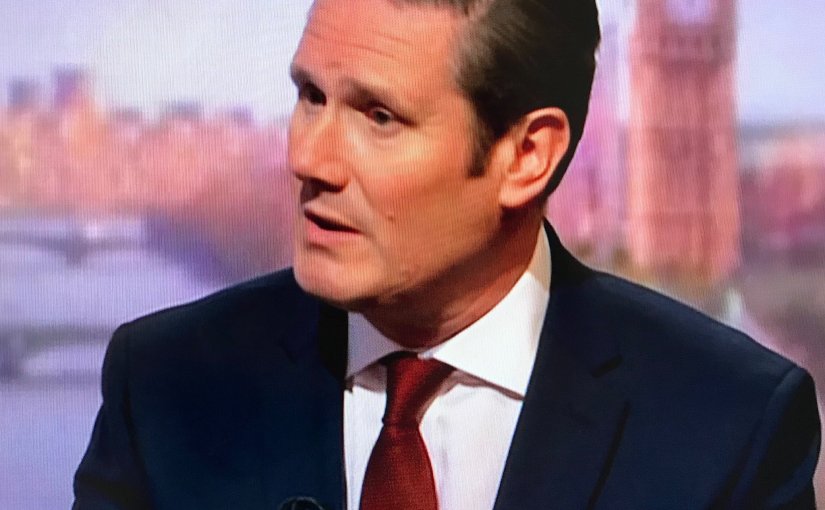 Keir Starmer announced this morning talking to the BBC’s Andrew Marr that a motion for a second referendum, a ‘Peoples’ vote’ will be tabled next week. He further announced that this new referendum will be supported by the Labour party.

Poor old Boris. Never mind Rees-Mogg. It’s OK, Farage. You’ll just have to content yourselves with the money you already have. We won’t let you shaft the rest of the UK to enlarge your already over-inflated piles (double entendre intended). 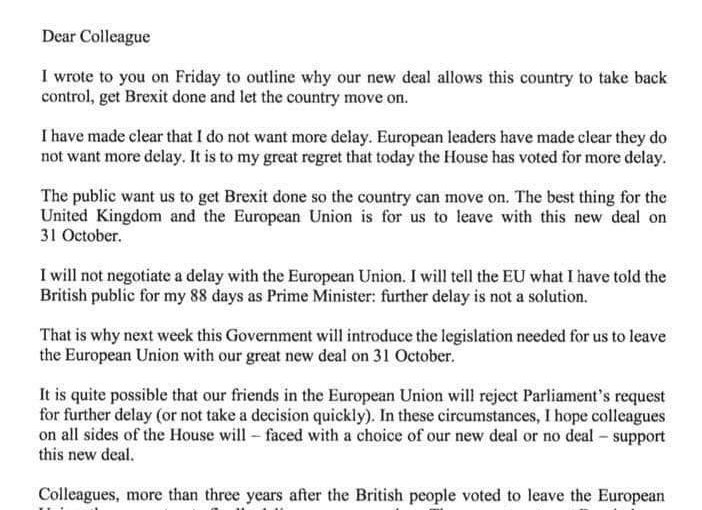 Boris’ letter to parliament doesn’t include every possibility. We could simply withdraw article 50. But what would his vulture, currency-speculating backers make of that. If he doesn’t sink the UK economy he and his mates won’t increase their piles.

Yeah, well. They’re stinking rich already. Let them be satisfied with what they’ve got! I say withdraw and save the country. That’s my way to ‘get Brexit done’.

Over and done – consigned to the dustbin of mistakes we almost made. 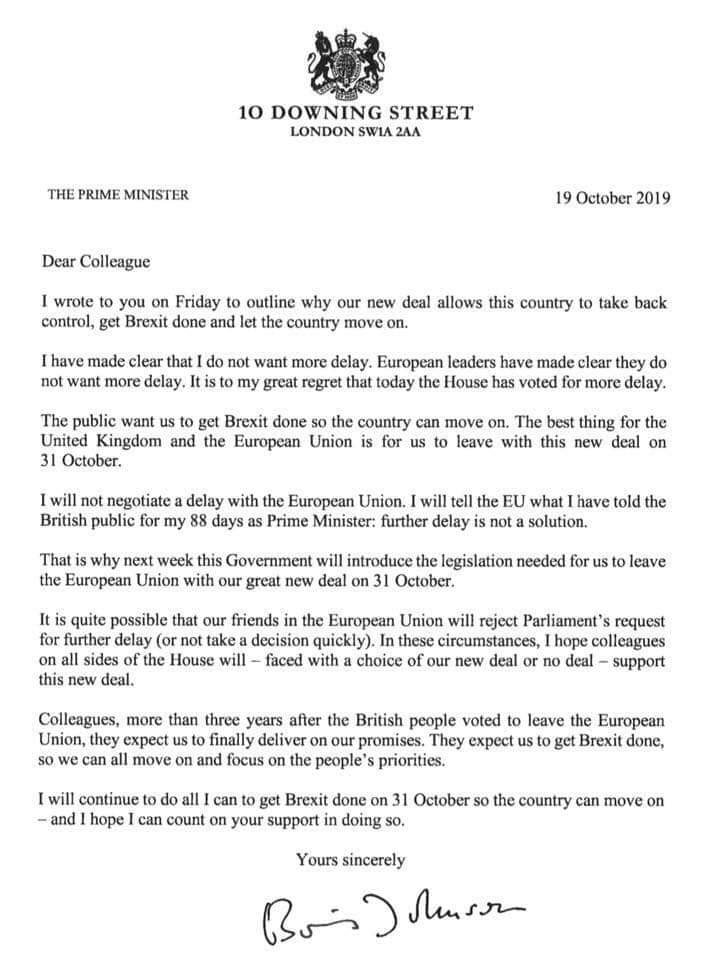 That’s not complicated. It just isn’t as simple as the superficial crap coming from other parties. That’s because the Labour party is acting responsibly whilst the others are relying upon superficial soundbytes and emotive (but essentially meaningless) statements like “Brexit means Brexit” etc.

Is there anyone reading this who can honestly say that they don’t understand the Labour strategy as described above? Really? Is that too complicated for you or are you knowingly pretending it’s confusing to try and score points?

Hint: You won’t score points, you’ll just look stupid if you can’t get your head around something so simple.